Voerman has more than 30 years of experience in the moving and relocation industry. Though we still feel like a young company, we have been around the block.

In 1986, Ed Voerman founded Voerman International. Ed soon discovered that globalization had a huge influence on the moving industry. Due to the continual process of worldwide economic, political and cultural integration, organizations and their production facilities have spread all over the world.

Driven by international trade, a growing number of organizations developed the need for service providers that could assist with the transfer of employees to other countries worldwide. To respond to this need, a group of movers joined together to provide unparalleled service which led to the founding of UTS in 1990. 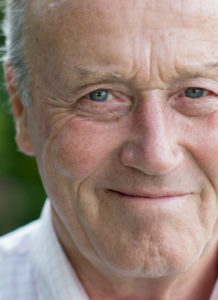 More than 70 other European moving companies later joined UTS International and an alliance was formed with North American Van Lines.

The combination of a logistics network, one shared brand and shared commercial objectives bolstered UTS International as the first multinational client was secured: IBM.

As of 2016, UTS International has been rebranded to Harmony Relocation Network. The new brand was initiated after the termination of our 14-year strategic alliance with United Van Lines Inc., with whom they shared the global brand UniGroup Worldwide UTS. This alliance ended in the latter part of 2015, and we are moving forward as of 2016 with the new name Harmony Relocation Network.

For years, Voerman has been one of the most influential moving companies. Find out why.

Around the millennium, three UTS members were adopted by Voerman International either because they had no successor or were struggling financially. Together they formed the Voerman Group consisting of 22 locations in the Netherlands with more than 800 employees.

Collaboration with entrepreneurs, client-orientation and service, as well as the sharing of success remain important pillars for Voerman International as we continue to strive to exceed the expectations of our clients.

Under new management in 2005, Voerman increased its focus on the international corporate market. To enable focus, a large part of the organization continued under the name UTS Netherlands with different management.

Voerman International’s own branches in Moscow, Prague, and The Hague, together with the unique participation in UTS International contributed to the success of the company. By 2016 Voerman has grown to become a group of companies who all in their own way deliver added value to international relocation and other mobility needs.

Voerman is proud to continue to provide our clients with quality and cutting-edge services, while offering the benefits of our membership and a leading position in the network organization.