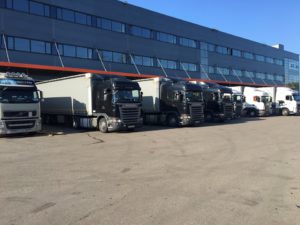 Voerman Russia Importer of the Year 2015

We’re proud to announce that Voerman International Moscow Ltd has received the prestigious ‘Importer of the Year 2015’ award according to the commodity group Foreign Economic Activity Commodity Nomenclature (FEACN) of the Customs Union.

Voerman International ranked as one of the top 20 importers in the Russian Federation for 2014. The categories of the foreign trade activities were based on (i) Export/Import amount (ii) Growth dynamics compared to the previous year (iii) Diversification as the number of trade positions and (iv) The number of counterparty-countries.

Dennis van Diemen, Country Director of Voerman International Moscow commented “We are very proud of this achievement and I would like to thank all our team members for their efforts in achieving this award. Our strong work ethics, customer focus, flexibility and new innovations have contributed to making us a more successful company.”