“I’d like to gather some colleagues to join me for a ride to work." - Voerman International

“I’d like to gather some colleagues to join me for a ride to work.” 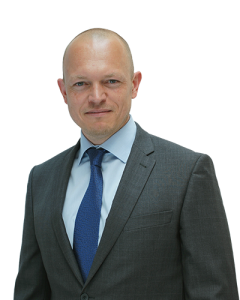 Throughout the Netherlands, whether it be in big cities, small villages, along country roads, or down busy streets, you can count on the almost constant sight of people riding bicycles. It’s an actual fact that there are more bikes in the Netherlands than there are residents of the country! One Dutchman that has not forgotten his roots in the country where cycling is king is Wiegert Smallegange.

“I’ve been bicycling for most of my life”, says Wiegert. “I used to commute to and from my school every day close to Rotterdam, which was about a 20km return trip, but now I can only ride to work occasionally because of the seasons in Prague. I still really enjoy it whenever possible.”

Wiegert is certainly wise to avoid cycling in the cold, icy Czech winters that can come for several months of the year—particularly as his growing staff of relocation experts in the office need him healthy enough to be present and provide his approachable and astute style of leadership– but he does know when the best times are to go for a ride, and always forms a cycling group with the best kind of company.

“I enjoy a nice ride with my family on a beautiful day. I will usually take out my kids and go along the river nearby where we live. My wife also loves to come along on her Gazelle street bike”, Wiegert says laughing, making sure to note that the Gazelle is a special brand of bike that Dutch people ought to know about.

Wiegert describes riding in the Czech Republic as different from the Netherlands.

“Due to the lack of bike lanes, cycling in and around Prague can be somewhat, adventurous”, he says with a smile, “but the countryside is really amazing, full of trails and forests, although it’s definitely hillier than in the Netherlands.”

When asked if he had any favorite routes that he takes with his friends, Wiegert mentions a special trail near his village he likes to take, “it starts at one pivovar and ends at a different pivovar.” The word pivovar in Czech means brewery, so one can imagine it must make for quite the eventful and high spirited trip.

In addition to cycling the Czech forest trails, Wiegert also enjoys swimming in his local river, and is an avid runner having completed the Rotterdam Marathon four times, with hopes to run the Czech Marathon in the near future. Another goal he has is to encourage cycling amongst co-workers at the Voerman Czech branch.

I’d like to gather some colleagues to join me for a ride to work. It’s such a great way to be healthy, have fun, and it’s positive for the environment.

Wiegert has already been successful with putting together several health and fitness conscious activities for the Prague branch, so if anyone can manage to get a group together, it’s going to be this cycling Dutchman.