“You can be yourself at Voerman” 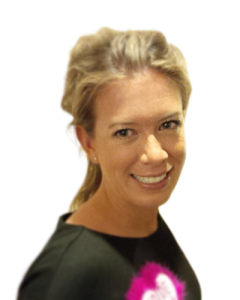 From an early age, Voerman Finance Manager Robin Berkhof knew that she wanted to work with numbers. Little did she know that the journey that the job would take her on, working in several different countries, including war zones and remote areas in need of emergency supplies. Who ever said that finance and accounting wasn’t an interesting job!?

Born and raised in Spijkenisse, Robin watched her mother in her job as a financial administrator and decided that this was the job that suited her.

Robin followed her interests and studied accountancy at the Rotterdam University of Applied Sciences followed by earning her Master’s Degree at the Business University of Nyenrode. After her studies, she worked as an auditor for Price Waterhouse Coopers.

After a couple of years working as an auditor, Robin realized that working in this specific field was not the job for her.

Being an auditor is a challenging job, because you work for a lot of companies, varying from large, mid-size and small companies with different structures of hierarchy and processes. You give advice to these companies, but they do not always follow-up with making changes based on your advice, especially the large companies.

She decided to search for another job so that she could have the possibility to use this knowledge she gained as an auditor and make a bigger impact. She started working as a Finance Manager for a logistics company where she stayed for two and a half years. Despite the fulfilling job change, she decided to take a radical new direction in her personal life.

Her husband Patrick, who was her boyfriend at the time, always had the dream to live and work in a foreign country and they began making plans. The time felt right to make the move in 2015 as they didn’t have children and were ready to start their adventure abroad. Finally they decided to start a new chapter of life in Dubai.

Robin and Patrick had to arrange their entire relocation themselves. This included organizing a visa, choosing a moving company, getting a driver’s license, and finding a house in a safe neighborhood.

The process was a big challenge for us. I think I could write a book with practical tips for moving and relocation to Dubai.

Robin started working as Business Controller for a company providing food supply in remote areas and conflict areas such as India, Cyprus and Sudan.

It was interesting to be part of a United Nations mission. We provided food to the UN soldiers stationed in more remote areas. In Cyprus, the soldiers came to our basement to receive food. In Sudan, we would see UN armored vehicles driving by which made us realize that we were working in an area where war wasn’t far away.

After two years of living and working in Dubai, Robin and Patrick decided to move back to the Netherlands with the goal to start a family. Although she was happy to return, she was also thankful for her time spent living internationally. “Being in Dubai was great! I learned a lot about working and living abroad. It was definitely a life experience!”

Upon returning back to the Netherlands Robin took a job with Voerman as Finance Manager. Since starting her job she has found many things that she likes about the company.

You can be yourself at Voerman, as it is a direct and open environment. It is a midsize company and a flat organization which makes it easy to communicate with board members.