“I really feel at home at Voerman”. 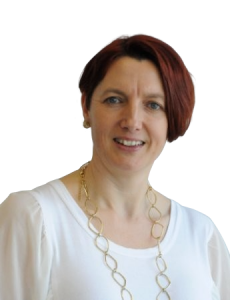 After a 30 year career in the Moving Industry I was very pleased to join Voerman.  When I started my career I was told that people stayed for a short time and never came back but if you stayed for longer than 2 years then you were in for life, I guess I am the latter.

I could not have found a better industry as I am an organized individual who likes to put things in boxes which I then label, I like to travel and most importantly I like people so I guess he is right, the Moving Industry is perfect for me.

I was born in Ireland but have been living in the UK for nearly 31 years, I met my husband Matt in that first year and we have now been married for 27 years and we live in Surrey with our cat Gizmo. I left Ireland in 1988 after finishing education but with no real career plan, I had recently completed a secretarial course so I responded to a job description for a sales support role at Anglo Pacific. At that time I had no idea then that there was an industry dedicated to moving people around the world but I very quickly realized that this industry suited my personality and could offer me an interesting and varied career.

Working at companies such as Anglo Pacific, Trans Euro, Cadogan Tate and Gosselin / DT Moving has provided me with a unique “moving” skill set and 30 years later I have joined Voerman as a Strategic Account Manager.  Voerman is a very respected company in the moving industry and it was the company’s reputation that initially appealed to me but I quickly realized that Voerman is a diverse and forward thinking company and are striving to be a leader in our Industry and I wanted to be part of that.  More importantly they are committed to their employees professionally and personally.

I really feel at home at the Voerman company. I don’t think I would have taken part in a Fitness Boot Camp on my first day at any other company.

I  am excited about my future at Voerman, to using the skills and the relationships I have cultivated over the years for the companies benefit and to getting to know and to working with all of my new colleagues.