Getting in shape with Voerman International 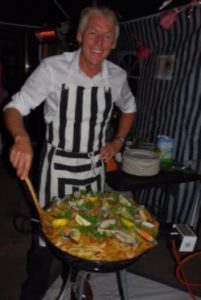 Most people can get behind the idea that health, happiness, and productivity at work are related concepts, and are to everybody’s benefit.

Voerman International Netherlands seized the opportunity to incorporate all three — with a corporate wellness program – a first ever for the company. During three months, professional weight consultant and health Coach Auke Ykema led a team of volunteers through their journey to weight loss and a heathier lifestyle. Here’s how it all went.

Auke made his first introduction by email to all Voerman employees (in The Hague), in which they were given the opportunity to participate. After a group of courageous and excited volunteers was ready to take the challenge, Auke set up a diet and exercise plan for each of the volunteers individually. This plan also came with a target that the participants had to reach after a period of three months.

Weekly, Auke guided each participant by having personal consultation talks, where progress was discussed and information about nutrition was shared. Moreover, each week participants received two new recipes that fit their personal program to try out at home. To quote Auke: “It was nice to see how Management participated with great enthusiasm and how the employees were supportive of each other. The entire experiment was very encouraging and I hope they will keep it up in the future!”

It’s important to note that most of the Voerman volunteers were neither overweight or underweight; the participants of the program mainly wanted to understand the point of healthy food and lifestyle. For some, the goal was to lose some kilos, others participated with a different purpose, such as gaining muscle, eating healthier, etc. Most partakers reached their end-goal, concluding that the project became quite successful.

Getting in shape with Voerman InternationalThe intention of the project was to teach people to eat healthier and exercise more. Meanwhile, the knowledge in this field has become much better amongst employees and one should therefore make them able to make healthy lifestyle choices in the future.

However, to not make this into a ‘one-time-thing’, which, unfortunately, happens with many diets, Auke will be coming back to Voerman for some while. Once a month, brief consultations will take place to see whether people are actually following the advice they received for the past three months. Moreover, a second round will be launched for employees who did not want to volunteer at first, but now have become excited by example of their colleagues.