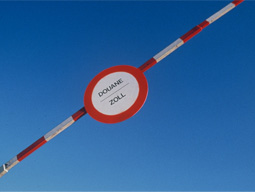 Tip: Due to the long Russian National Holiday in January (1st till 10th) you will have to pay special attention with shipments from and to Russia. During December and January as St. Petersburg port, border crossings and Russian customs are extremely busy before and just after holiday period. You really want to avoid that shipments will get stuck, resulting in high demurrage costs.

Regarding import SEA shipments via St. Petersburg; please don’t send a shipment to St. Petersburg with an ETA from 19/12/2011 till 13/01/2012 to avoid delay and problems in the harbor of St. Petersburg due to the national Russian holiday.

Please double check with Voerman International Moscow operational department when you are planning to send a shipment to Moscow / St. Petersburg in December/January. Please also make sure you OA/DA agent is informed about this situation when you have shipments in this period.