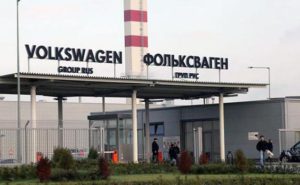 Voerman Russia is proud announce that we are on the final stage of signing a contract with Volkswagen Group Russia. On February 2, our colleagues Tatiana Shovkun and Dmitry Fomin travelled to the city of Kaluga to finalize the deal. Contract details were thoroughly discussed, as well as how to manage current issues like ruble fluctuations and extra payments for imported shipments.

Volkswagen did not expect to have many moves this year, due to recent changes in their company policy, but their first shipment is already in Moscow, to be delivered soon after customs clearance! The broad scope of additional Voerman services was also presented to Volkswagen and both sides are now working to develop fruitful, long-term business relations.